Iraq may not be the first country that comes to mind when you are asked about startup hubs – but this might very well change. With half of its population of 40 million below 19 years of age, the Middle Eastern country is one of the bigger markets in the region, and its economy has a lot more to offer than just oil reserves.

Upon the invitation of enpact, nine Iraqi entrepreneurs took on the journey to Germany as representatives of the budding startup scene in Iraq.

The business ideas which the delegates presented could have originated just as well in San Francisco or Berlin: ranging from same-day grocery delivery, teaching teens about coding, offering easier access to affordable medication, to connecting artists and building an e-commerce shop for handmade goods.

As Berlinish as that sounds, the challenges the Iraqi founders face are vastly different to the struggles their German counterparts have (which can be summed up as “the paper jungle that is German bureaucreacy”). Learning how to overcome obstacles such as a lack of tech-savvy among the population, no structural or financial support from the government, and an underdeveloped entrepreneur ecosystem is part of what has brought them to join the delegation.

The agenda was packed chock-full with top-class speaker sessions, hands-on workshops, and, of course, delicious meals to keep everybody going (we’re looking at you, hummus and mirza ghasemi).

One of the most intense sessions was with Christoph Sollich, better known in startup circles as “The Pitch Doctor”. Don’t be fooled, though, he is not here to make you feel better. Just the opposite: With comments such as “Don’t even try to appeal to everyone” and “Entrepreneurship isn’t about having fun”, he left no flaw in the founders’ pitches unnoticed. Entrepreneurs definitely aren’t spared growing pains!

And growth is a goal for most of them. “I want to learn about how to build up my team,”says Mustafa Alwan, Co-Founder and CMO of Sumer Card. “My business is growing, and a bigger team is the logical next step.”

Wail Daoud, Project Leader at enpact, sums up the delegation’s role: “They are not only delegates, but ambassadors. We did not simply want to connect them with our German network, but also with each other. It is our hope that the founders will take what they have learned here and use it to build up and educate their own networks in Iraq.”

After Berlin, the delegates travelled on to Munich, where they spent the second half of the week learning from experts of the yet young startup ecosystem in Munich.

Among them was Robert Kitson, Programme Manager at Xpreneurs and former director of the Founder Institute Munich, who shared his insights and experience on how the fairly young startup ecosystem in Munich was established. Dominated by big corporations, Munich has become in very few years a startup-friendly city with an increasing number of startup events – perhaps showing the way for how it can be done in Iraq?

A visit to Munich wouldn’t be complete without a stop at the car manufacturer BMW. Sascha Vukovic, who works on the digital strategy of BMW, stirred up the delegates’ preconception of a big corporation and went into depth about a topic many of them focus on: reconsidering existing business models in order to keep afloat in an ever-transforming digital economy.

Now the big question: What will the delegates take home with them?

“We have learned so much this week: How to convince investors, what makes a perfect pitch, and the way to the best business model. We’ve met inspiring people and are looking forward to building upon those relationships in the future. One of my personal highlights was Guy Kawasaki – he’s given me great input about how to get my marketing and communications up to speed!” says Ameen Hadeed, Co-Founder and CEO of PHARX.

The founders weren’t the only ones to be impressed: It went both ways. The speakers and workshop leaders were full of praise and admiration for the enthusiasm and creativity of the Iraqi entrepreneurs. The delegation has put Iraq on the map as a hub for startups and innovation, and the founders are already stepping into their ambassador shoes.

We are keen to keep an eye on the development of the startup ecosystem in Iraq!

To make sure the knowledge shared, connections formed and ideas gathered don’t get lost in the void, enpact will publish an extensive report of this week’s findings – sign up for the newsletter to be notified as soon as it is out! 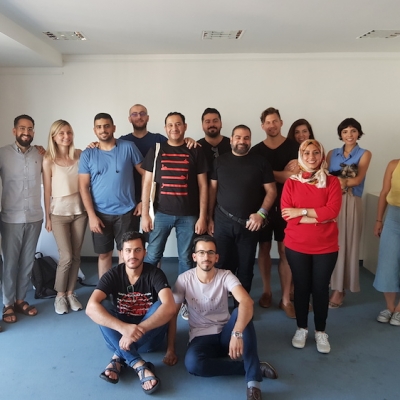 We welcomed a delegation of Iraqi entrepreneurs to spend a week in Germany and learn from each other! 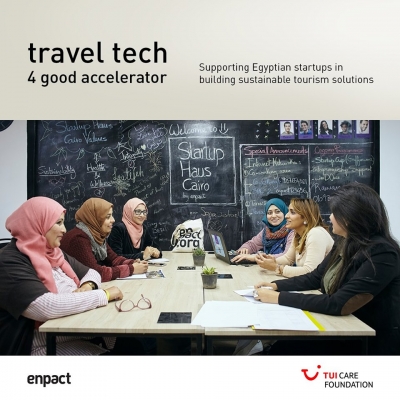 Apply for Travel Tech 4 Good (TT4G) accelerator program and be among 6 startups supported with mentors, funding, and access to office space! 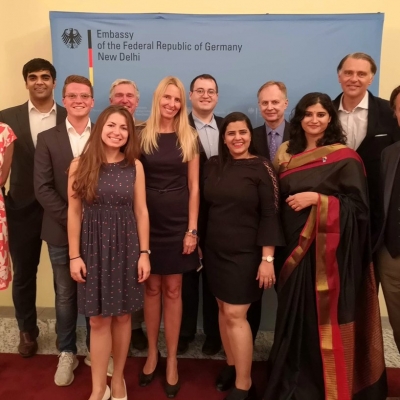 Travel to India with Startup AsiaBerlin!

Not only is @StartUp_AB taking a fully-funded delegation to #India in September, but are also being hosted by the German Embassy New Delhi on 16 September to meet with #Delhi's key ecosystem builders in #SmartCity & #Mobility!