taking mobile strategy games to the next level in mena

The MENA region has a fast-growing mobile gaming market that is expected to triple its current value in the next 5 years reaching $2.3 billion. While historically, most strategic mobile games have been created for other markets such as the US or China and adapted for the region – the team at FunRock have taken a different approach with their game, Etihad Al Abtal.

We interviewed CEO David Wallinder and CMO Magdy Shehata of FunRock, the first mobile game development company catering specifically to the MENA region. David and Magdy, the Swedish-Egyptian duo who embody the aim of the trip of linking Egypt and Sweden,  joined our delegation trip to the RiseUp Summit in Cairo in December 2017. The trip was organised in partnership with the Swedish Institute and the Embassy of Sweden in Cairo.

tell us a little about your backgrounds:

David: I started programming when I was 12 when I would make my own websites and games, so in a way, I’ve been an entrepreneur since then. I got my master’s degree in business economics and have since been part of a lot of different companies in various capacities including as advisor, board member, and mentor for other startups. Then I worked for two years in venture capital doing investments. In 2014, I founded FunRock.

Magdy: Similar to David, I first learned programming when I was 11 or 12 years old and would write and sell code. I studied computer engineering in Egypt and then moved to Sweden where I got my master’s in Entrepreneurship and Innovation Management. I’m now working on my PhD in Entrepreneurial Marketing and Economics at the Royal Institute of Technology in Sweden, KTH. I was working in Sweden when I heard about a Swedish gaming company trying to break into the Middle East market. I thought it sounded so crazy that I had to learn more. As soon as I met David, he turned out to be so crazy that I had to join him.

“In some sense, American and European entrepreneurs, we always think in terms of finance and where the next investment will come from whereas in Egypt, the focus seems very much on finding solutions: they see a need, they want to address it, and it is critical to address it.”

how did funrock start and what makes it unique?

David: I had seen many companies in the gaming industry who were all growing very fast and when they would expand into new markets such as the Middle East, they would tweak their Western product accordingly. I started following the MENA market in 2010, and in 2014 there was a shift to mobile phone gaming. This is where I saw an opportunity: instead of adapting a product to the market, I decided to utilize this shift and create great games for mobile devices aimed specifically at the Middle Eastern market. Then I had to build a team. I had to make people understand the vision and then make them want to be part of it.

so why did you decide to attend the delegation trip to riseup summit?

Magdy: We attended RiseUp to officially launch our game, Etihad Al Abtal (“Heroes United” in English). Until now, we’ve tried to stay under the radar. We’ve been invited to speak and showcase our work at different conferences and events, but we wanted to spend the time with the team in our office perfecting the product. It would have been a waste of time going to events when the product wasn’t done. We knew we wanted to launch in either Cairo or Dubai, and RiseUp is the biggest entrepreneurial event in the region.

David: Also, we have an office in Alexandria, which is where Magdy is from. It is important that we stay connected to our base to ensure that we have customer support, community management and localised marketing. Swedes don’t know the market, so we need to always be grounded there. This all made RiseUp the ideal venue for our launch.

what were the highlights of the delegation trip to riseup?

David: The size of the event was perfect and not too overfilled which allowed us to really meet a lot of great people. In these settings, it can often become competitive between the different startups when there are a lot of investors around, but RiseUp had a collaborative atmosphere to it. In some sense, American and European entrepreneurs, we always think in terms of finance and where the next investment will come from whereas in Egypt, the focus seems very much on finding solutions: they see a need, they want to address it, and it is critical to address it. This was very visible in the RiseUp attendees who were all entrepreneurs wanting to work together rather than fight over investments at the event.

Magdy: It was very different from when I left 4 years ago. I was happy and proud to see all the different startups. The scene seems much more mature and people really know what they’re asking for. As David said, we got to meet a lot of great people. Since returning to Sweden we have had continued contact with some of the people and can already see future possibilities to work with them. These connections are very important to us as they are another avenue to connect our programmers and management in Sweden to our Middle Eastern base.

how do you see the future of mobile strategy gaming in the mena region? what does that look like in the next 5 years?

David: Mobile gaming in the MENA region is growing extremely fast right now and is bound to become as big (if not bigger) as it is in other markets in the world. Since the Arab demographic is very young, we’ll see multiple gaming companies focused on the region growing to become large market leaders.

At the same time, I believe that we will see traditional media, influencers and Arab celebrities start working with gaming companies to create unique content that is truly catered to the population. There are and will continue to be amazing opportunities to create partnerships with more traditional media groups and brands, as they start to realise how fast the digital mobile shift will take shares from their core business.

Right now, there is limited culturally relevant, unique and high-quality content made specifically for Arabic speakers. This will continue to change when MENA gaming continues to grow and create highly profitable success stories. High-quality, relevant gaming experiences marketed in smart ways in the region will create winners!

Since its launch at RiseUp, Etihad Al Abtal, has reached more than 50,000 downloads on iOS and Android. 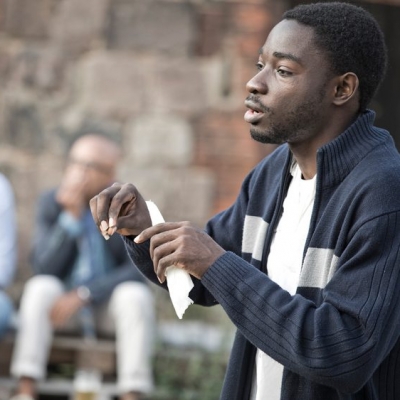 Technology will save us

Harvey (Larry) Nkeng , Founder of Cameroon-based traveler, on his love of technology and making it more accessible. 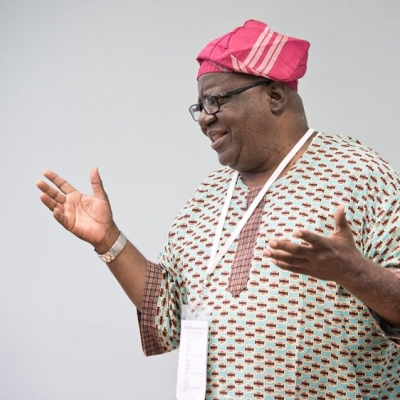 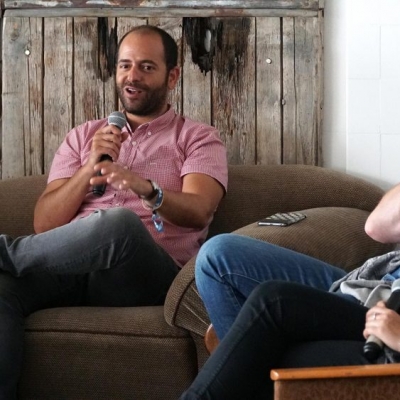 Investors are people too

Tamer Azer, Investment Director A15, on the Egyptian ecosystem and his experience with the Berlin delegation trip 2017.