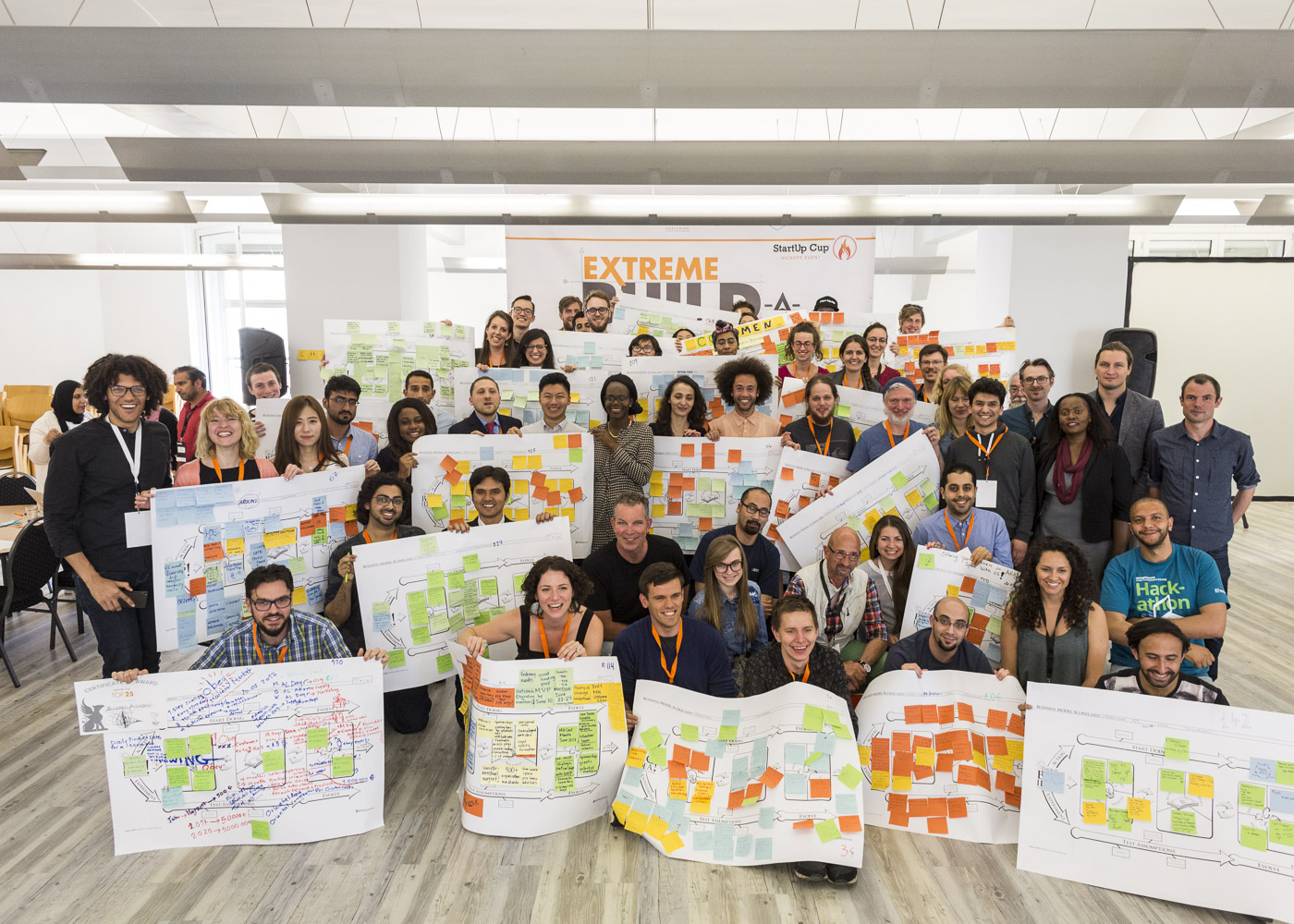 In partnership with Griffinworx, we held an Idea Marathon in Berlin, starting March 2017 and for the duration of seven months until October 2017.

The implementation included several workshops that built up on each other, serving as competitions through which the best participants were selected to proceed to the next round. The Idea Marathon was kicked off with a two-day-long “Extreme Business Building” weekend, where 50+ participants were mentored and coached by 24 mentors & experts from our network.

Following the weekend, 25 were selected – the mentors also acted as jurors – and had two months to prepare for the next Demo Day. Here, the selection was narrowed down to 12 participants. They received intensive training for business modelling and pitching by the various mentors and experts, to prepare for the next round of selection. At the end, 7 ideas were able to progress to the final stage. Following another round of training to develop their business roadmaps and refine their pitch, the final Demo Day took place in front of an audience of 120 spectators.

3 winners had the chance to walk away with cash prizes of $ 10,000, $ 5,000 and $ 2,500, as well as a co-working pass for one month at WeWork Berlin. Due to the participation and the expertise gained in the Idea Marathons, some winners were able to secure the support of other programs to grow and scale their businesses further. They were also able to develop important partnerships and secure their first paying customers.