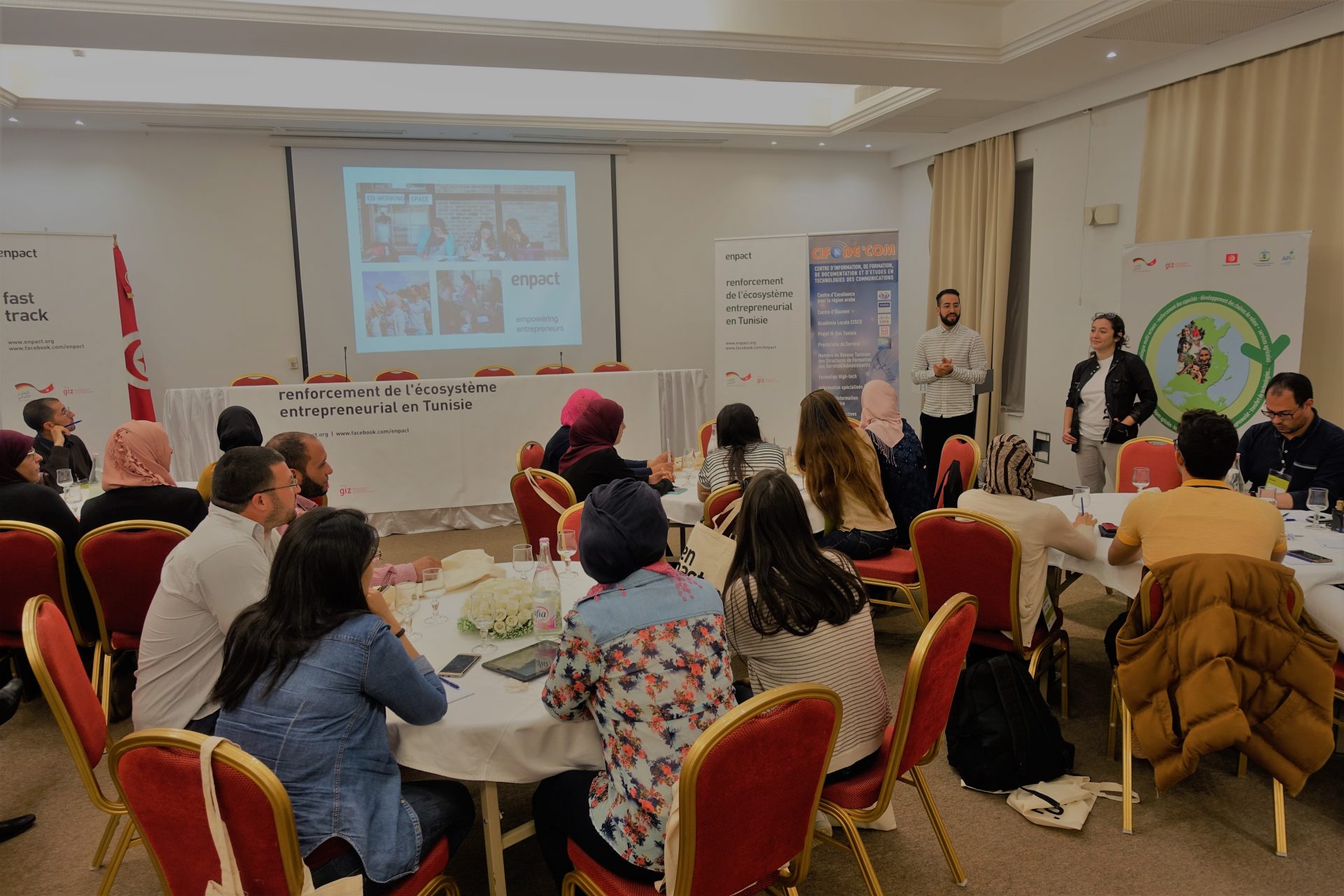 From March 2018 to March 2019, we held an Idea Marathon in Tunisia,  aimed at young entrepreneurs in the fields of agriculture and ICT for agriculture across 7 underprivileged regions of Tunisia: Sidi Bouzid, Kairouan, Kasserine, Siliana, Kef, Béjà and Jendouba.

The Idea Marathon was implemented over several steps: First, two 2-day workshops at two different locations (Sidi Bouzid and Kef) took place, in which participants from the respective neighbouring regions took part. It was then concluded with a two-day finale in Bizerte, to which the best ideas from the preliminary finals in Sidi Bouzid and Kef were invited and 15 winners were identified.

Over the course of the next several month, we organised a series of technical workshops for the 15 best ideas. The winners also received financial prizes worth up to 1,300 euros in addition to the technical workshops, where all the finalists were invited to take part. Throughout the deep-dive workshops, a wide host of business aspects were covered, including: Marketing, financing, accounting, communication and market strategy.

It was implemented in cooperation with GIZ and its local governmental and non-governmental partners Agricultural Investment Promotion Agency (APIA), Cifodecom and Maschroui.