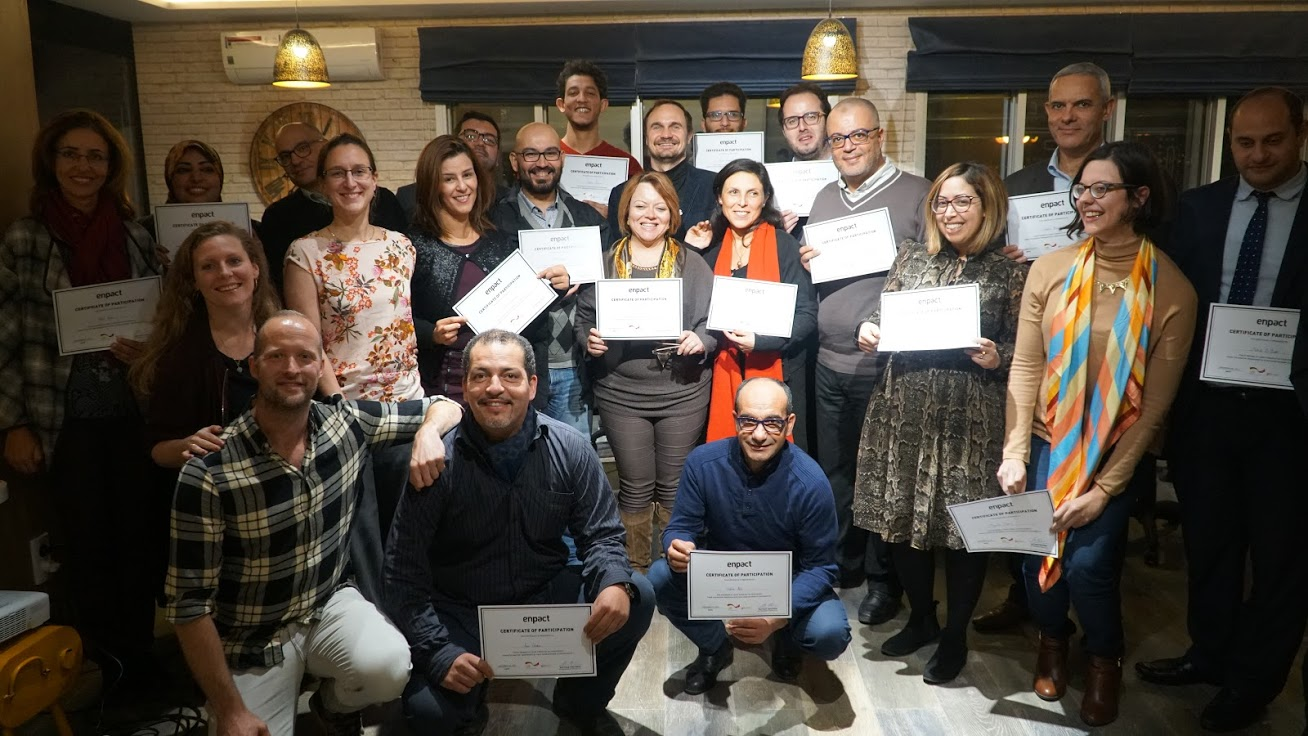 The pilot for Train the Mentor (TTM) program was launched by enpact e.V. and GIZ Tunisie in 2017 with the goal of enabling established Tunisian entrepreneurs to pass on their knowledge and experience to the next generation of startups.

In the three-month program executed from October to December 2017, this goal was implemented through 4 four-hour workshop sessions, which aimed to provide a profound understanding of ‘mentorship’ – what it means to be a mentor – as opposed to coaching or consultancy, as well as providing the necessary tools to profess it. Thus, a hybrid theoretical and practical learning experience was created for TTM.

The workshops were divided into the following four sessions (three core mentoring sessions and a guest lecture on ecosystem enabling):

By using group discussions and teamwork as well as individual exercises as tools, these workshops were truly interactive and made use of the entrepreneurs’ experience and input to create a comprehensive and collective understanding of the topics covered. Participants were asked to break into groups or pairs for brainstorming, exercises, and mentoring simulations, in which the participants traded places in being a mentor, a mentee, and an observer, discussing what they had learned and experienced over the course of the last months.

At the end of the workshop series, those participants that attended at least three out of four workshops received a Train the Mentor participation certificate, which 23 out of 25 participants were able to receive. This is an incredibly high continuation rate, with only 2 people in the group of participants attending less than 3 workshops. The high valuation of the workshops that this commitment to the program shows is also evident from the feedback forms that were completed by the participants. The participants all ‘agreed’ or ‘strongly agreed’ that the workshops would benefit their future mentoring ambitions, and the content of the workshops was never rated lower than the ‘neutral’ option.