Born and raised in Tunisia, Ameni Mansouri spent the last ten years of her life in Paris, where she studied Pharmaceutical and Biomedical Engineering. She later went on to work for Sanofi Pasteur, a big pharmaceutical company. However, despite having a stable income, she never forgot her true passion: fashion. Ameni had a monthly budget for clothes shopping but claims she somehow always ended up with nothing to wear when in need of an outfit, which is how she became interested in apps specialising in clothing resale in France.

Upon returning to Tunisia, Ameni realised that nothing like this existed in the country, or anywhere else in the MENA region for that matter; there were Facebook groups where women could buy and sell used clothing, but there was no protection for buyers and sellers, because it all happened offline. That was when she had the idea to create a localised female-only fashion marketplace where women could make money selling new, self-made, pre-owned or unused clothes and accessories, and which provided a 100% secure way to sell these clothes. Along with her cofounders, Ghazi Ketata and Oussama Mahjoub, Ameni launched this platform, which they named Dabchy, in January 2016. Ameni, Oussama and Ghazi’s aim was to improve the link between women and fashion in the MENA region and make it more affordable for everyone and, in less than two years, they have acquired 240,000 users across three countries – Tunisia, Morocco and Algeria. On top of this, they launched Android & iOS mobile applications for Dabchy, which offer a smooth social-network-like experience and enable users to communicate with one another and share their personal style identities. The users, who are referred to as ‘Dabchouchas’, can also like and comment on the content.

Ameni’s mentor, Luis Borges, is a mechanical engineer who spent six years in the automotive industry and moved to Berlin two years ago to pursue his master’s degree in International Business Management, focusing his thesis in the field of Corporate Entrepreneurship. Nowadays, he works full time in Zalando, Europe’s leading online fashion platform, helping intrapreneurs (the managers promoting innovative product development and marketing) to validate their products, services and ideas through an intrapreneurship programme; a perfect match for Ameni’s company! During Luis’ visit to Tunis, where he travelled in order to meet Ameni and visit her workplace, he mentored the Dabchy team and offered them new insights based on his own experiences.

Ameni discussed her challenges with Luis, which included building a strong social media marketing plan as well as improving the product and implementing new features. Together, they decided to work on Dabchy’s customer journey and improve the user experience, as well as find an optimum way to communicate about their product.

The first mentoring session was driven by the way Luis executes “Product Discovery”, a different approach to look at the product, based on the whole customer experience and most pressing pain points, as opposed to the product’s features, at Zalando. As Dabchy is a two-sided marketplace, they took a closer look at the journey from both sides – that of the buyer and the seller – before moving on to ways of working. Luis presented the framework he uses at the Innovation Lab to design, prototype and test new ideas with real customers in just five days. He stressed the importance of remaining focused in order to assure success and scale the startup, as well as putting in the correct amount of marketing efforts with one goal in mind: becoming the number one online fashion marketplace in Tunisia.

dabchy’s impressive statistics reveal that they are not too far off this goal – not only does the platform have over 200,000 subscribers, but its facebook page boasts 270,000 likes and on instagram, it has 31,000 followers.

Ameni’s team recently joined Flat6Labs Tunis’ first cycle and received an equity investment of $44,700 from the accelerator, which they are planning to use to hire new employees, improve UX and begin working on Dabchy VIP, a new service that will feature luxury designer clothes and accessories costing $300 or more. Other than this, they signed a partnership with Aramex to enable door-to-door shipping and cash-on-delivery and managed to negotiate very competitive prices and reduce their fees by more than 60%.

Naturally, several challenges still remain for Ameni and her team; not only do they need to hire the right talents, but they also need to ensure that they retain them and make them really autonomous. They also need to automise the whole process, from the payment to the money transfer for the seller. However, Ameni claims the mentoring programme helped her get answers to many of her questions, which was thanks not only to her Mentor, but to the other Fellows.

“Networking with entrepreneurs from other countries and cultures is very interesting. It’s helpful to know more about other markets and how other countries are dealing with fast fashion and second-hand clothing.”

networking with entrepreneurs from other countries and cultures is very interesting. it’s helpful to know more about other markets and how other countries are dealing with fast and fashion and second-hand clothing”.

Ameni went on to say, “It’s not just about mentoring, but about networking too, as this very important for an entrepreneur if you want to expand your activities.”

She is optimistic that in the upcoming months, Dabchy will increase its turnover and they’ll be able to ensure stable jobs for her employees. The team is growing, with five new members, and they have plans to start monetising in Morocco and Algeria by talking to potential partners for payment and shipping there. Ameni went on to say, “If my life was a book, it would be called Dieu Voyage Toujours Incognito (God always travels incognito) because I believe that there is no chance in life; everything happens for a good reason and luck must just be tempted. I never thought that Dabchy would be launched at that time but when it came for me I said ‘Yes!’”

Luis described the mentoring journey from his perspective as well:

“From the first Skype call, I saw a highly motivated driven entrepreneur with a big challenge upfront but with a very clear vision for her startup – ‘becoming the first marketplace in Tunisia and beyond’. I loved the story from the beginning and I jumped on board right away! Besides talking about Product Discovery and KPIs, I think that the most important highlight from this experience has been the excellent professional and personal relationship we have built that created the foundations for our effective ways of working, communication and collaboration. What I’ve liked about Ameni and her team is their agile mindset, flexibility, proactiveness, their willingness to hear areas of improvements and even better, their speed for execution based on customers’ feedback. This has been a two-way learning journey and I am very proud and happy that all aligned and made a perfect match, enabling me to be close to this team today and in the future.” 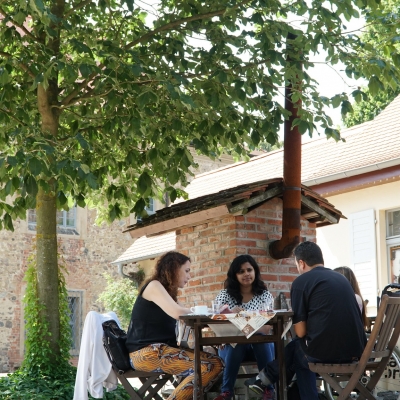 The magic of mentoring in a castle

A glimpse into the experience of having our MENA + Europe startup mentoring camp at the historic town of Bad Belzig. 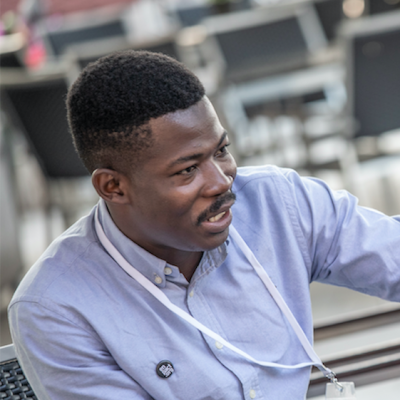 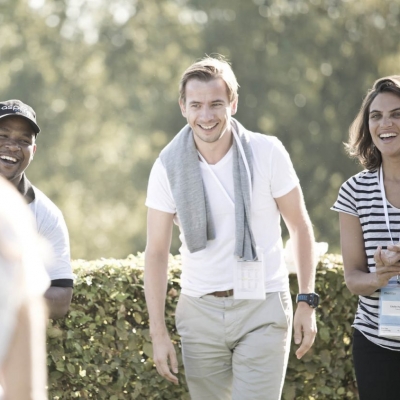 Interview with Sandro Günther after visiting his Fellows on the ground as part of the 8-months mentoring programme.