If Berlin is considered a competitive site to draw diverse talent from all over the world, we would be remiss to overlook the impact that Berlin’s LGBTQ+ reputation has on this. Of course, at enpact we strongly believe in the power of strengthening human capital as a road to strengthening economies. There is little debate on this generally; when it comes to education, health, and other improvements to the minds and well-being of a populous, we know that productivity can soar.

When it comes to diversity, there is a body of work attempting to dissect the advantages that diversity brings to human capital. Diversity in this research more often refers to ‘diversity of opinion’ or even how open a society is to outside cultures. Researchers have attempted to link the degree of ‘cultural diversity’ and ‘geographic openness’ to the free flowing of ideas, a more vibrant democratic process and meritocracy, and overall increases in abundance. When it comes to improving the inclusion of marginalized groups in the workforce, recent reports and studies have attempted to quantify the impact of diversity on the global economy. Some studies, such as this one by McKinnsey & Company attributes $12 trillion dollars in growth to the global economy from improvements to women’s equality.

Given the clear links between diversity and economic improvements, what then, is the link between diversity of identity (such as class, gender, sexuality, global origin and race) and improvements to the startup scene if any? More specifically, does LGBTQ-friendliness give Berlin a competitive advantage over other startup ecosystems?

Berlin is consistently listed as one of the most LGBTQ+ friendly cities in the world. Combined with the city’s affordability as a capital European city, many consider these qualities a great addition to Berlin’s thriving startup ecosystem.

LGBTQ+ rights in Germany took a major step forward in 2017 when the country extended its existing same-sex marriage law to include all couples irrespective of their gender. With this step, all couples are able to secure virtually all the rights that heterosexual married couples receive with regard to tax, family and custody aspects, such as joint adoption rights. There are however still many areas for improvement, which is evident in the ILGA Rainbow 2020 ranking placing Germany at number 16 in Europe. The ranking in particular shows shortcomings in the area of measures against hate crime and hate speech. Furthermore, countries such as Finland and Denmark are doing more to enable families for LGBTQ+ persons including automatic co-parent recognition and support for artificial insemination. The active Nodoption movement in Germany to automatically recognize same sex parents has recently added visibility to this cause and pressing for change. There are signs that changes are ahead in these areas in Germany. 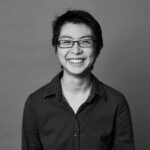 Athena is an activitist for intersectional identity and an AsiaBerlin Ambassador.

To understand better how Berlin’s LGBTQ+ worldwide reputation may or may not affect its startup scene, I spoke with Athena Lam. As an AsiaBerlin Ambassador, Athena’s work as an activist for intersectional diversity includes advocating for equal rights for LGBTQ+ persons globally. She has also supported Planet Ally, a queer feminist-led international nonprofit dedicated to allyship and advocacy for people with diverse sexual orientations, gender identities and sex characteristics (SOGIESC). When she moved to Berlin, she created the Berlin Queer Tech Directory. I asked her if Berlin’s reputation for its thriving queer community was a draw in her decision to relocate here.

She said directly. “I didn’t even consider it when I thought about moving to Berlin. I came to Berlin because I really liked the way that people here think about products — considering the societal implications or how alternative team structures can shape them, not just an MVP to generate revenue. In Hong Kong, the discussions around startups and products sometimes felt a bit one-dimensional by comparison.”

On further reflection, she granted that it could have been a subconscious choice. “Of the people in my network, many did come for certain freedoms, whether it’s access to health care or different subcultures.” Where you come from will shape your reception to Berlin’s freedoms and drawbacks, Lam says. Though she relocated from Hong Kong, Lam is originally from Vancouver, Canada. For her, and likely for others from North America, they may not find Berlin’s queer visibility did not necessarily translate to better work environments or awareness of intersectionality. “I can see other queer people, but that is different from seeing visibly queer people in leadership, speaking out at work, speaking up about microaggressions.”

“But for others directly from APAC countries, and at least for my friends, they find Berlin more free than where they came from.” Okay, fair enough. My conversation with Athena was not the first indication I had that Berlin and Germany could certainly be doing more for LGBTQ+ rights.

But between the two of us, we also strongly believe that a lot of progress and push for change can come from the private sector itself. In fact, many would say that is one of the benefits startups provide to their city — to be a driver of change and in more ways than one. In this way, I wondered if diversity and inclusion and the startup ecosystem are in a sort of symbiotic relationship — each thriving off of the growth of the other. I asked Athena if she thought that could be true for Berlin’s startup scene for its impact on LGBTQ+ rights and progress. 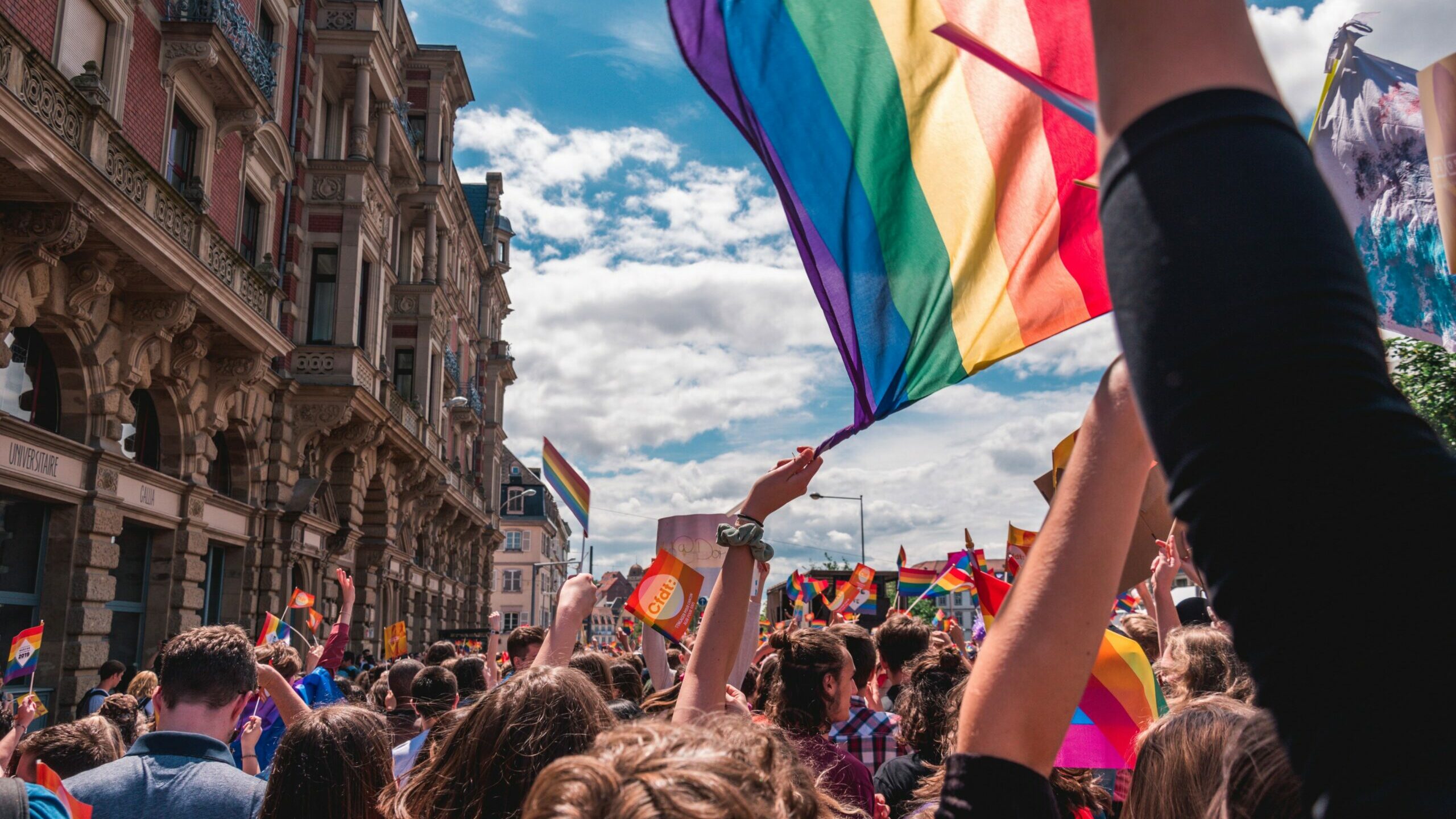 She responded with an example: “Hong Kong is not exactly a great place to be queer — same-sex marriage is still not possible locally. But corporate activism is visible and powerful there.  With Berlin, LGBTQ+ initiatives in the workplace are not necessarily visible. In some cases, this is because of normalization — the number of people out or companies that have good policies without advertising them for PR purposes — while in others, it really is just a lack of investment in diversity”.

She noted that Berlin’s LGBTQ+ activism roots are a good reason to stay and try to reactivate it. “Berlin’s roots in activism are really beneficial and I think the startup scene would do well to engage more with radical activists and have the difficult conversations to create products that serve people in more humane ways.”

We closed the interview by mutually pondering the core question of this article: does diversity of identity lead to greater returns in the startup scene, particularly for Berlin and for queer equality?

Athena didn’t hesitate to say she believes, “the companies that embrace diversity have better products and teams.”

Of Berlin, even though her stance is quite critical, she was sure to add, “It is still a city where you can meet many different people. You can meet people who embody the intersections of identity if you look for them and have deep, difficult, and enriching conversations.

“There are great people who have taken the time to sit down and think: ‘how do I intentionally build a good team that amplifies the right voices and that also eventually grow into leadership?’ Even if it’s the small things, like adding pronouns to everyone’s title. Or something bigger like benefits for families even if it’s not covered in German law. Berlin is a city of people who put imagination into practice.” 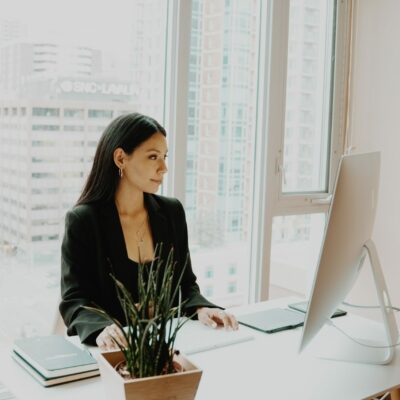 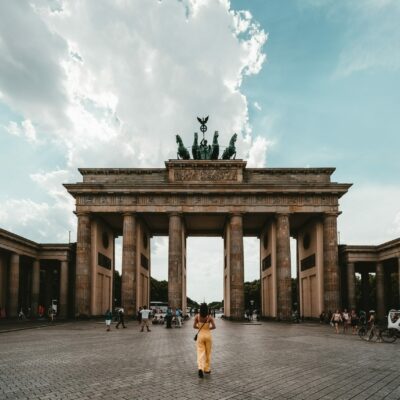 A closer look at Berlin’s startup ecosystem using the SFI

What is it like to be a startup or entrepreneur in Berlin? We interviewed Bernhard Friedrichs to find out. 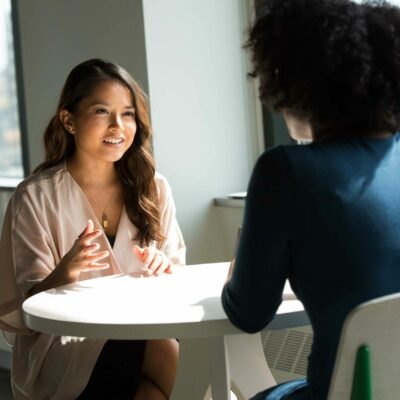